Specialites:
Certifications:
Sean was a competitive swimmer as a child and competed at the regional and national level.  He didn’t become interested in running as a sole, or soul, pursuit until later in life.  His love of running was born out of necessity. He returned home to New England after serving in the United States Navy for 8 years and within a year’s time was under the stress of a new child, new home, and a new job.  He was drastically overweight and in need of change.   He started running, simply because of convenience.  He fell in love with obstacle racing and found he was physically very well suited for it. He loved the camaraderie and challenge of the events.  It put a totally new spin on the supposed boredom of running.  Within a little over a year’s time he was competing strongly in multi-day events.  But somewhere along the way things began to change, his goals became focused solely on running.  It became about running longer, further, faster.  Sean grew to love running.  It’s that simple.  He loves talking about running, loves racing,  loves training (most days), loves the preparation, loves running data, loves running gear, and loves pouring sweat on the track and pushing to the top of a mountain.

SINCE HIS DEPARTURE FROM ACTIVE DUTY WITH THE UNITED STATES NAVY SEAN WAS DRAWN INTO THE SPORT OF ULTRA RUNNING AS A WAY TO CHANGE HIMSELF THROUGH THROUGH THE EXPLORATION OF THE WORLD AROUND HIM. SEAN IS A COMPASSIONATE COACH ALWAYS LOOKING TO BEST SERVE HIS ATHLETES; THIS MAY BE FIELDING 2AM PRE-RACE JITTERS CALLS, GETTING UP EARLY TO TAKE THEM THROUGH A TRACK WORKOUT, OR SIMPLY REMINDING THEM RUNNING IS SUPPOSED TO BE FUN. HE COMPETES IN VARIOUS RACE DISTANCES ON VARIOUS TERRAIN WITH A STRONG FOCUS ON LONG DISTANCE TRAIL RUNNING. HIS COACHING FOCUS IS ALWAYS TO HELP HIS ATHLETES BALANCE RUNNING AND FITNESS WITH THEIR EVERYDAY LIFE RESPONSIBILITIES.

Sean has helped others to reach their as an advisor, crew member, or race pacer.  He is well versed in different training methods, nutrition plans, and foot care.  Sean is also a self confessed "gear nerd" and loves testing out new running gear, technology, and shoes.

​Sean wants to inspire and guide people to push beyond their perceived boundaries, whether it be running your first 5k, a personal best marathon, or toeing the line at the Western States 100 mile. 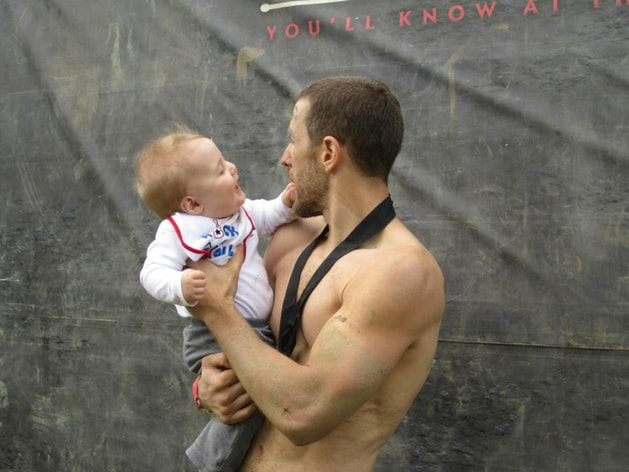